Skip to content
Home | Publications | Report – Vehicles in use, Europe 2019 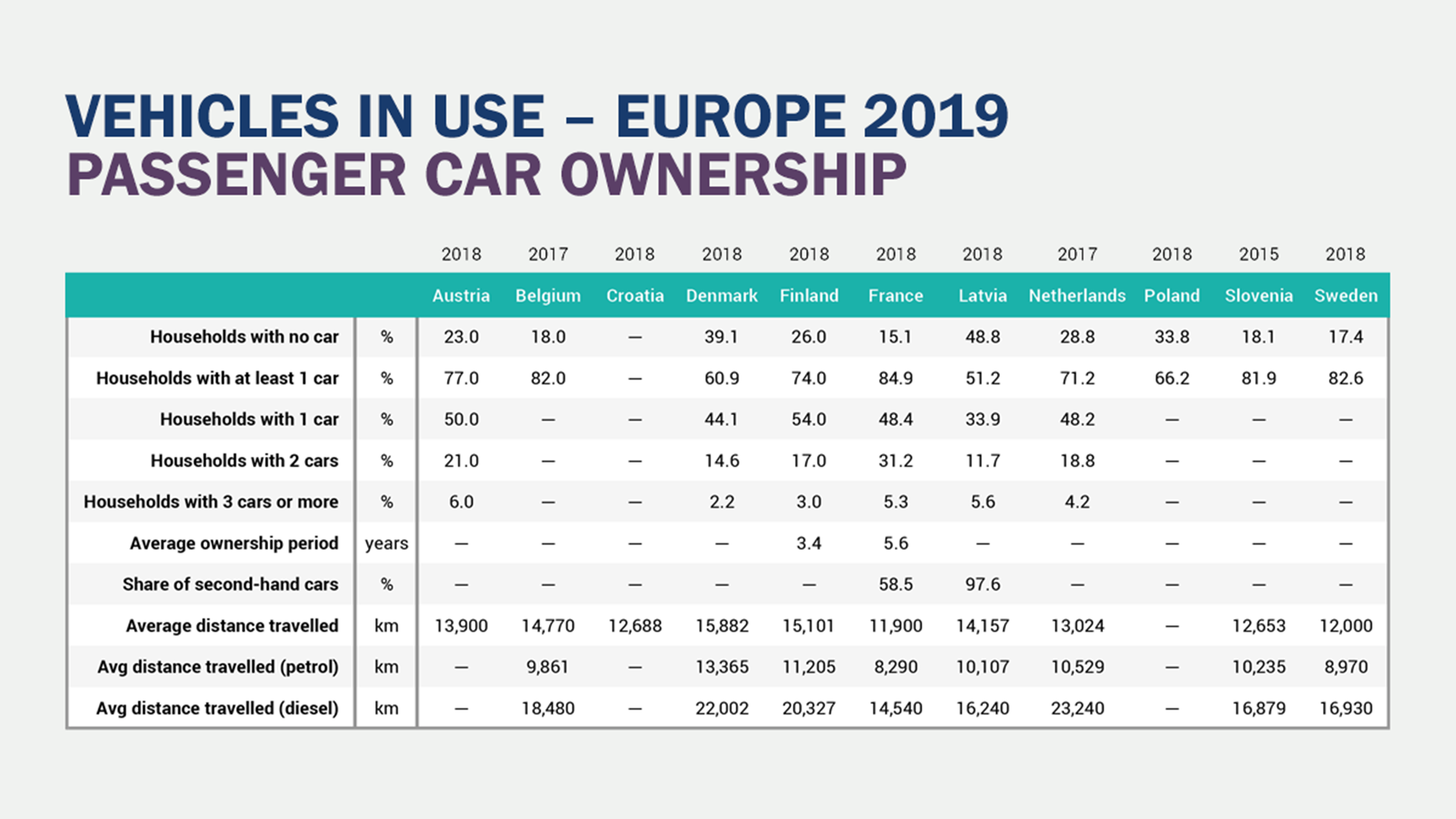 The report, which can be downloaded by clicking here, also provides interesting statistics per vehicle segment for each country, such as the average age (as well as the year of first registration), the fuel type, and the number of vehicles per 1,000 inhabitants.