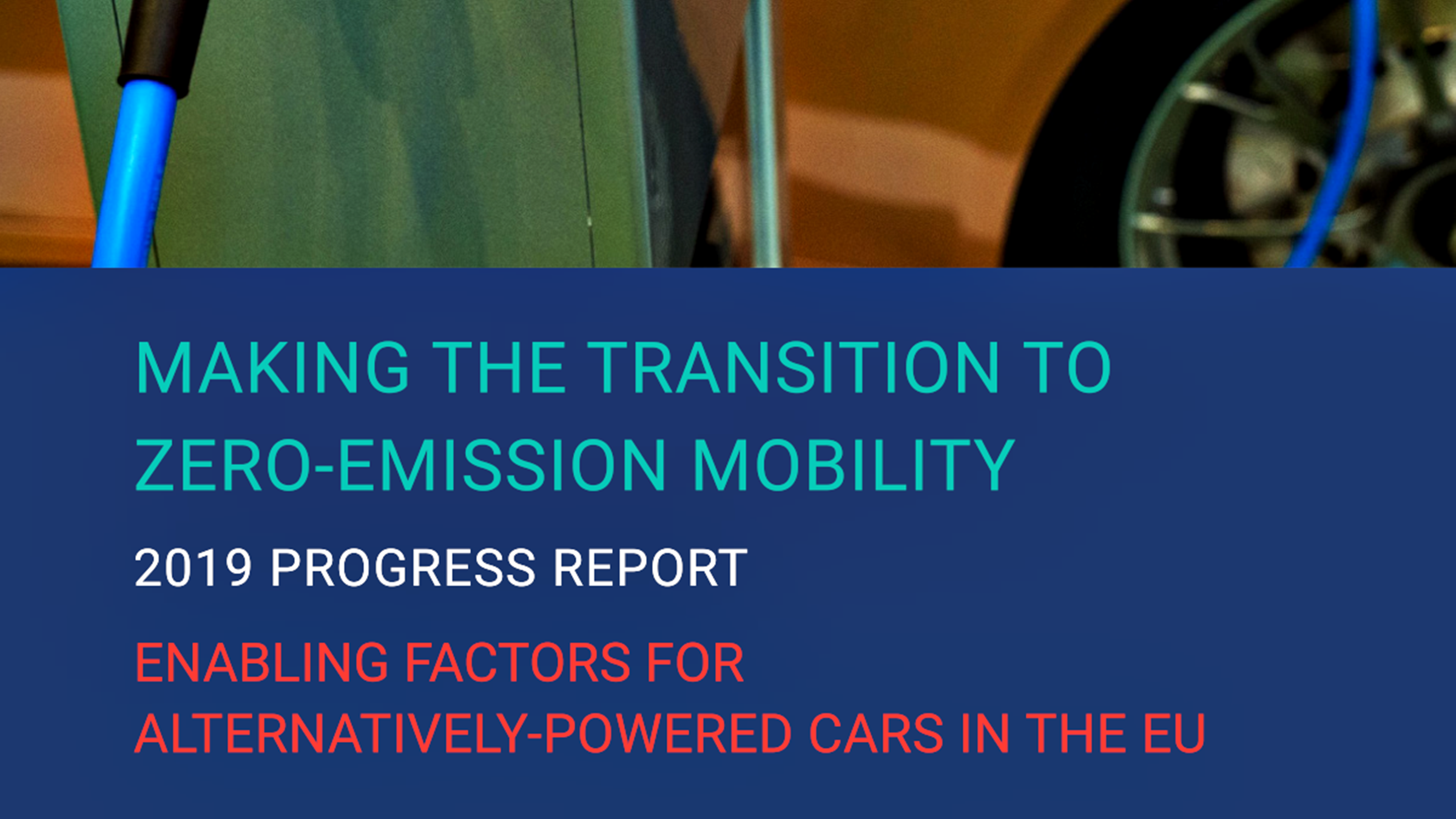 The 2019 edition of ACEA’s ‘Making the Transition to Zero-Emission Mobility’ report tracks progress made on the key ‘enabling factors’ for a stronger consumer uptake of electric and other alternatively-powered cars in the European Union.

Sales of alternatively-powered passenger cars – including electrically-chargeable, hybrid, fuel cell and natural gas-powered vehicles – will have to pick up strongly if the EU’s ambitious 2025 and 2030 CO2 targets for cars are to be achieved.

In order to drive this shift, governments across the EU need to ramp up investments in charging and refuelling infrastructure, and to put in place meaningful purchase incentives for consumers (such as bonus payments and premiums) to stimulate sales of alternatively-powered cars.

The European Automobile Manufacturers’ Association (ACEA) therefore publishes this progress report on an annual basis to track the availability of infrastructure and incentives, ahead of the ‘mid-term review’ of the CO2 targets by the European Commission in 2023.

The 2019 progress report looks at:

This report provides a factual, data-driven picture of progress, bringing together all available data sources. In all cases it is the latest available full-year data.