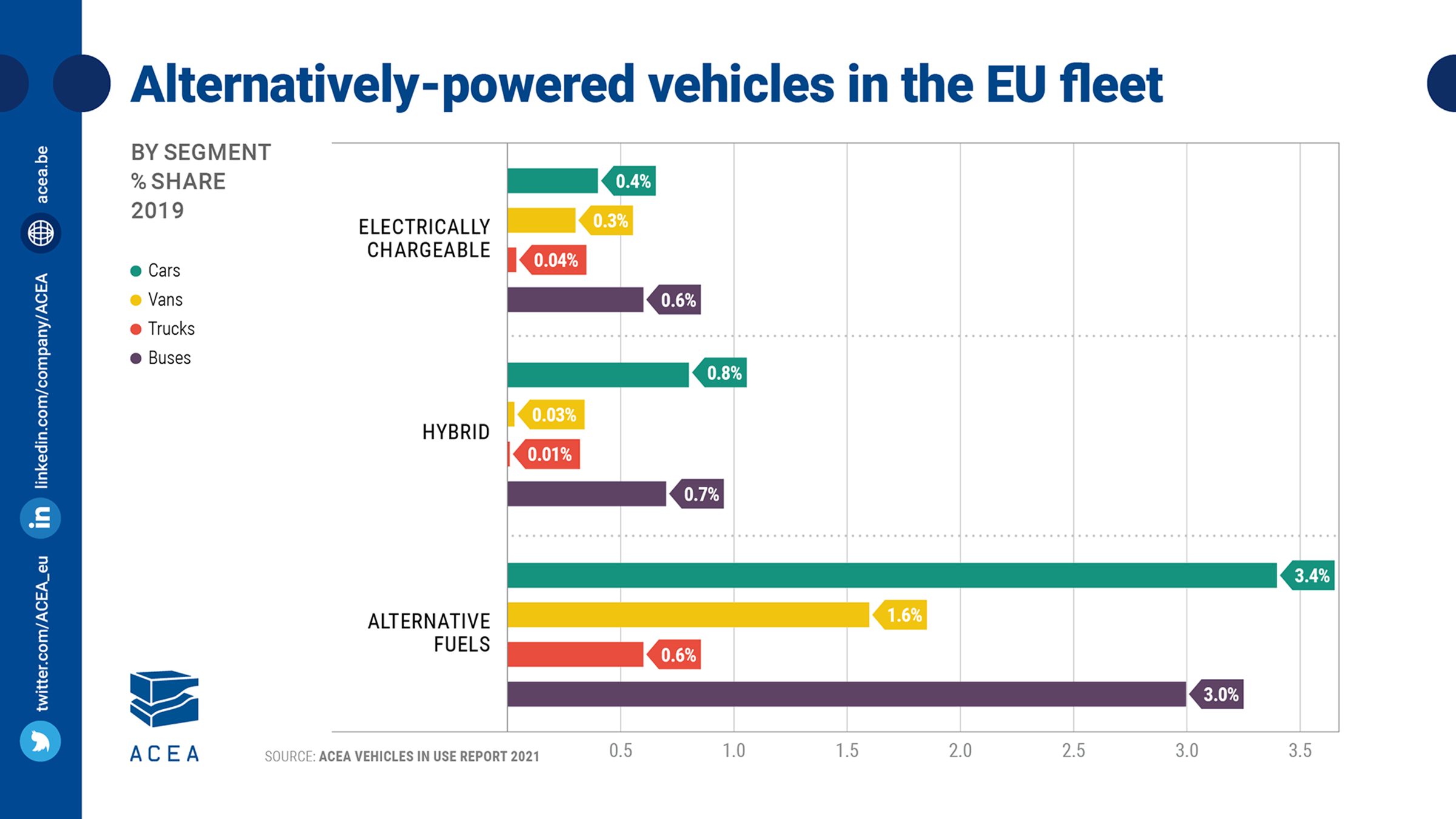 Brussels, 20 January 2021 – A new study by the European Automobile Manufacturers’ Association (ACEA) shows that there are currently 6.2 million medium and heavy commercial vehicles on the EU’s roads, the average age of which is 13 years.

European truck makers estimate that around 200,000 zero-emission trucks will have to be in operation by 2030 in order to meet the CO2 targets for heavy-duty trucks. Based on ACEA’s new data, this would require a staggering 100-fold increase in the space of under 10 years.

In its recently-published Mobility Strategy however, the European Commission laid out the objective to have some 80,000 zero-emission trucks on the road by 2030, which in fact falls far short of what is required by the CO2 regulation (-30% emissions).

“European truck manufacturers are committed to bringing zero-emission trucks to the market, and will be rapidly increasing their range of zero-emission vehicle offerings over the next few years,” said ACEA’s Director General, Eric-Mark Huitema. “However, they cannot make such a radical and unprecedented shift alone.”

To make zero-emission trucks the preferred choice of transport operators, urgent action is needed on European and member state levels. This includes establishing CO2-based road charges, energy taxation based on the carbon and energy content of fuels, a sound CO2 emissions pricing system and, most importantly, a dense network of charging and refuelling infrastructure suitable for trucks.

European truck makers estimate that around 200,000 zero-emission trucks will have to be in operation by 2030 in order to meet the CO2 targets for heavy-duty trucks. This would require a staggering 100-fold increase in the space of under 10 years.