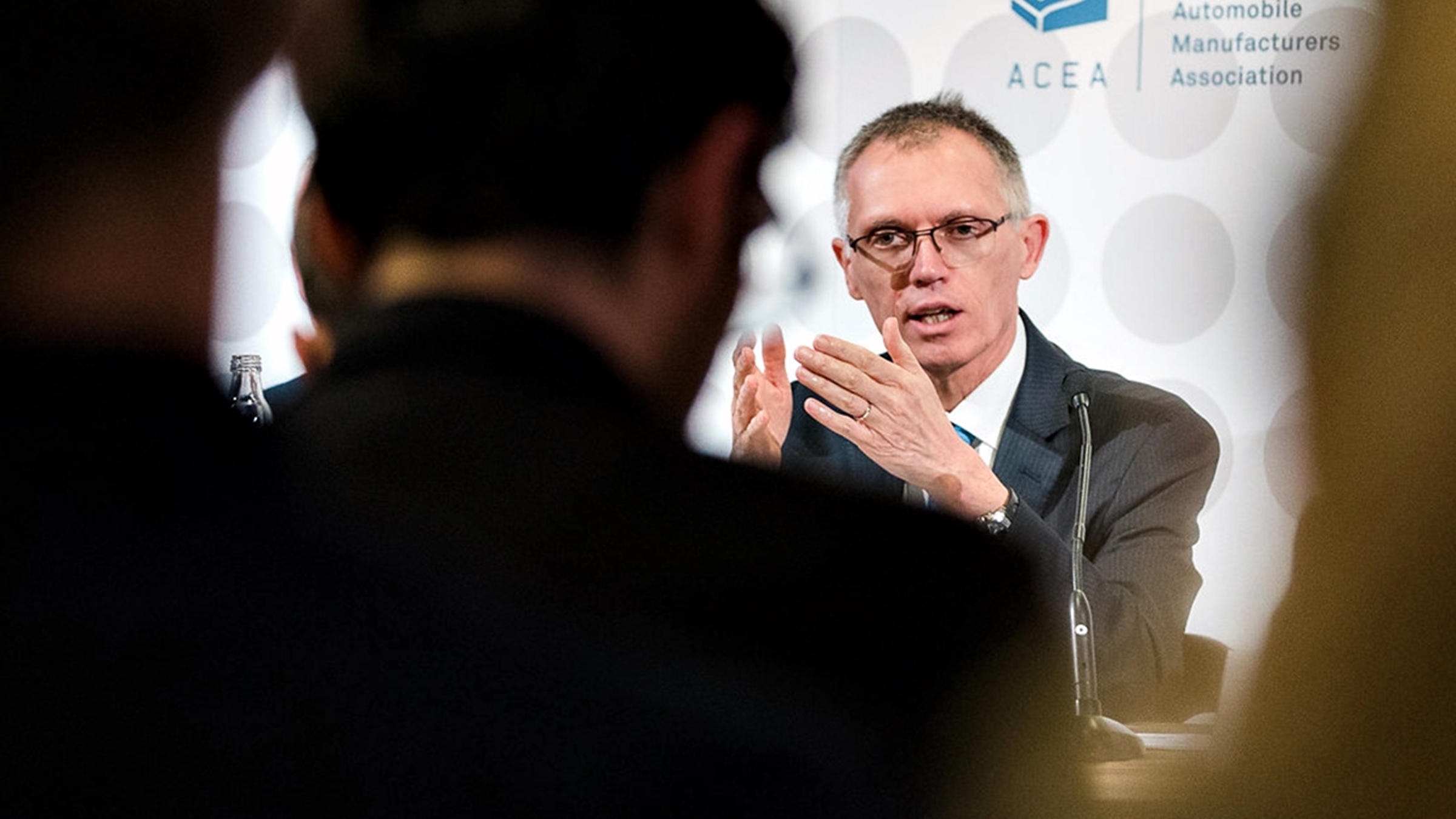 Brussels, 5 June 2018 – One month before key votes on future CO2 targets for cars in the European Parliament, and a few weeks before discussions amongst EU environment ministers, members of the European Automobile Manufacturers’ Association (ACEA) have re-iterated their commitment to decarbonisation, as well as their concerns about the consequences of a poorly-managed transition. These include affordability for consumers, limited infrastructure availability and socio-economic impacts.

“In the general context of an alarming geo-political environment and a heavy legislative agenda, one of the biggest challenges ahead of our industry remains further decarbonisation,” stated ACEA President and CEO of PSA Group, Carlos Tavares.

Future CO2 reductions are strongly dependent on sales of alternatively-powered cars, but affordability remains a major barrier for many Europeans in this respect. The latest data released by ACEA today show that 85% of all electrically-chargeable cars are sold in just six Western European countries with some of the highest GDPs.

By contrast, in countries with a GDP of less than €18,000, such as those in Central and Eastern Europe, the market share of electrically-chargeable cars remains close to zero. This is a serious problem, especially considering the European Commission’s proposal to set EU-wide ‘benchmarks’ for sales of full battery electric cars, at the level of 15% by 2025 and 30% by 2030.

“There is clearly a huge gap in Europe between today’s battery electric car sales and the Commission’s benchmark. Under this proposal, we would need to jump from less than 1% of sales today to 30% of sales in the space of less than 12 years,” stated Mr Tavares. “As the market is essentially driven by customers, the CO2 targets must be realistic, taking into account what people can really afford.”

Besides affordability, a balanced supply of charging and re-fuelling infrastructure is a pre-requisite for stronger sales of alternatively-powered vehicles across the EU. New ACEA data show that, of the roughly 100,000 charging points available today, 76% are concentrated in just four countries (the Netherlands, Germany, France, UK). On the other end of the spectrum, a vast country like Romania – roughly six times bigger than the Netherlands – only counts 144 charging points (0.1% of the EU total).

“We regret that the Commission’s proposal for post-2020 CO2 targets does not link the availability of infrastructure to the future targets, as these two elements go hand-in-hand,” stated Tavares. “We are therefore requesting that the legislation includes a mid-term ‘reality check’ to assess the availability of infrastructure and the maturity of the market.”

Tavares also cautioned against the potential unintended socio-economic impacts of a rushed transition. “Our industry is eager to move as fast as we can towards zero-emission vehicles,” Tavares stated. “However, all members of ACEA need to transform their companies at a pace which is manageable, and that protects their long-term viability in a fierce competitive global environment.”