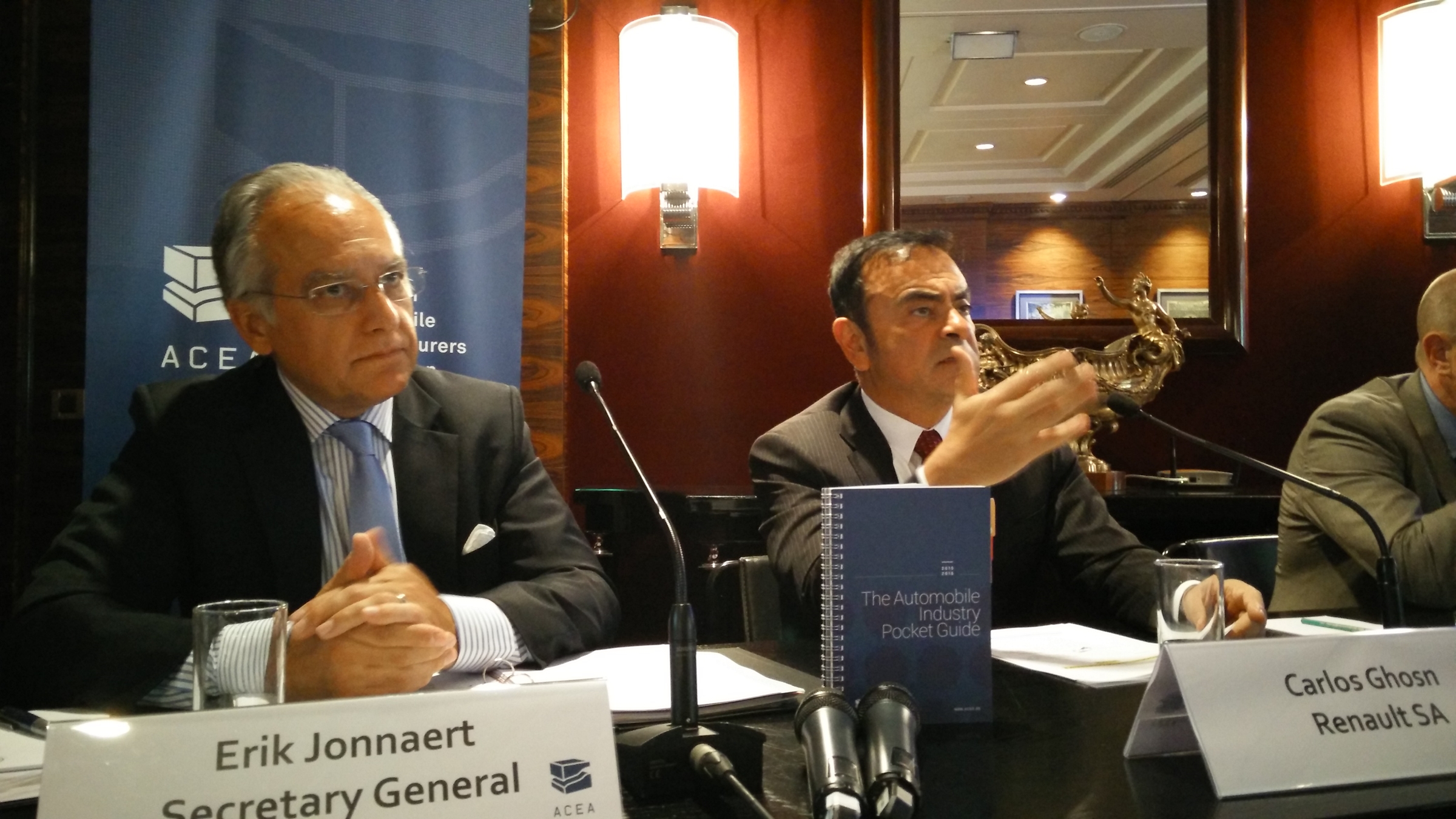 In a speech today at ACEA’s Annual General Meeting Mr Ghosn, who is also CEO of Renault, said “As Paris and the world gear up for the COP21 global climate change conference, we must make sure that ambitious climate change policies do not conflict with the need to protect jobs and growth in Europe.”

The ACEA President’s call to EU policy makers coincides with the launch of a study by FTI Consulting on the potential effects of decarbonisation on the competitiveness of the European automobile industry.

Mr Ghosn stated, “No other industry sector has done as much as automotive to drive down CO2 emissions in recent years. EU political leaders should ensure equivalent conditions and targets for all industrial sectors in the future, taking actions where the greatest effects can be achieved at the lowest costs.”

Presently, CO2 reduction from road transport relies entirely on progress made in controlling emissions from new vehicles, even though new registrations make up just 5% of the fleet every year. The FTI study found that this system manages to be both expensive and ineffective because it does not address the bulk of the vehicles already on the roads. As it is, meeting the 95g CO2 target will cost manufacturers an estimated €1,000-2,000 per car by 2020.

While being ambitious is positive, Mr Ghosn explained, overly-ambitious targets for Europe risk creating competitive disadvantages for the EU’s industry in the global marketplace, but without commensurate benefits.

“We believe that a balanced and comprehensive approach should make it possible to develop a policy framework that will allow us to drive down total road transport emissions further and faster,” argued Mr Ghosn. Welcoming the European Commission’s stakeholder dialogue on decarbonisation to be held on 18 June, he said: “At the same time, we need to work with policy makers to protect jobs and growth. We will work constructively with EU policy makers to make this a reality.”

FTI study: Regulation and Competitiveness of the EU Automotive Industry

Key findings from the FTI Study

As a result of regulating emissions of new vehicles only, the automotive sector faces higher reduction targets than any other sector

Automotive is already subject to many costly regulations