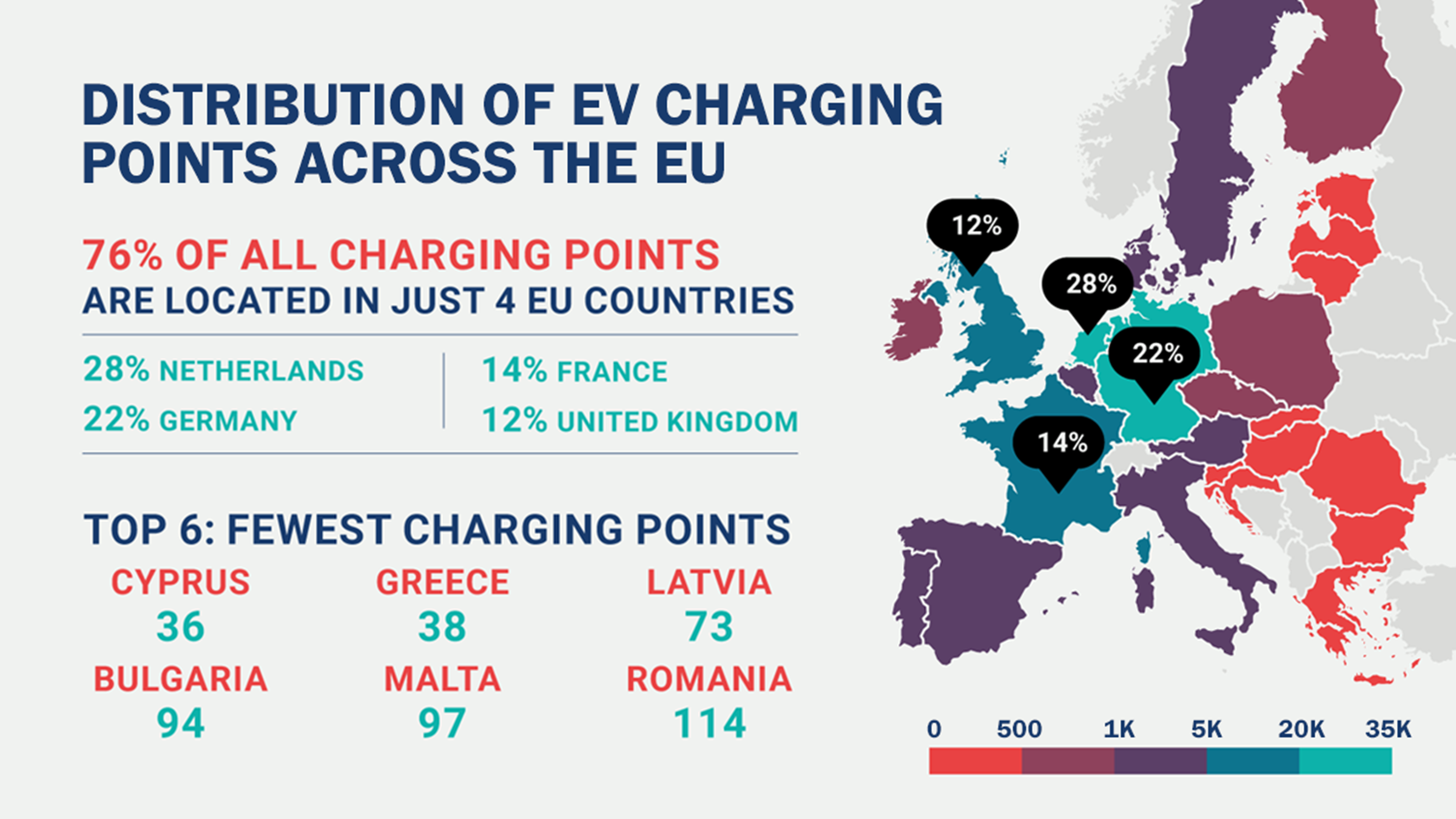 Brussels, 5 July 2018 – Ahead of next week’s European Parliament votes on future CO2 targets for cars and vans, the European Automobile Manufacturers’ Association (ACEA) warns that the severe lack and unbalanced distribution of charging points is putting consumers off buying electric cars.

A new study provides a much-needed reality check for the Parliament, showing that the CO2 targets proposed by some MEPs are simply unattainable given these issues with infrastructure.

Today, there are some 100,000 charging points for electric vehicles in the EU. At least two million will be needed by 2025, according to conservative estimates by the European Commission. That means there should be, at a very minimum, a twenty-fold increase within the next seven years.

“MEPs need to be aware that without radical action by the member states, this simply won’t happen,” cautioned ACEA Secretary General, Erik Jonnaert.

Because of the limited room for further improvements to the combustion engine, future CO2 reductions are strongly dependent on sales of alternatively-powered vehicles. Given the low market uptake of these vehicles, ACEA is concerned that the 30% CO2 reduction proposed by the European Commission is overly challenging.

The Parliament is now proposing even more aggressive CO2 targets, going as far as -50%. However, according to EU Climate Action Commissioner Cañete, a 50% reduction target would require 700,000 new charging points for electric cars to be installed every year from now on. This would mean a total of 8.4 million new charging points over the next 12 years, or 84 times more than today – a goal which is clearly unrealistic.

Although the EU’s Directive on Alternative Fuel Infrastructure set out objectives for member states in 2014, its implementation has been poor so far. Several countries have failed to come up with the required national policy frameworks outlining their plans for deploying infrastructure, and the Commission has even been obliged to launch infringement procedures against some member states.

What is more, the findings of the recent ACEA study show that of all charging points that exist in the EU today, 76% are concentrated in just four countries which cover only 27% of the EU’s total surface area (the Netherlands, Germany, France and the UK).

By contrast, a vast country like Romania only counts 114 charging points, or 0.1% of the EU total. Not surprisingly, sales of electrically-chargeable cars are also extremely low here, representing 0.2% of all new cars sold last year.

“All 28 member states must urgently step up their efforts to ensure an EU-wide network of recharging and refueling infrastructure. Without this, consumers will never be convinced to make the switch to electrically-chargeable cars on a large scale,” Jonnaert said. “We need to be able to show our customers that the infrastructure availability matches their expectations to be able to travel without anxiety.”

ACEA is therefore requesting that the legislation includes a mid-term ‘reality check’ to assess the availability of infrastructure and the maturity of electrically-chargeable vehicle market, allowing the targets to be adapted accordingly.