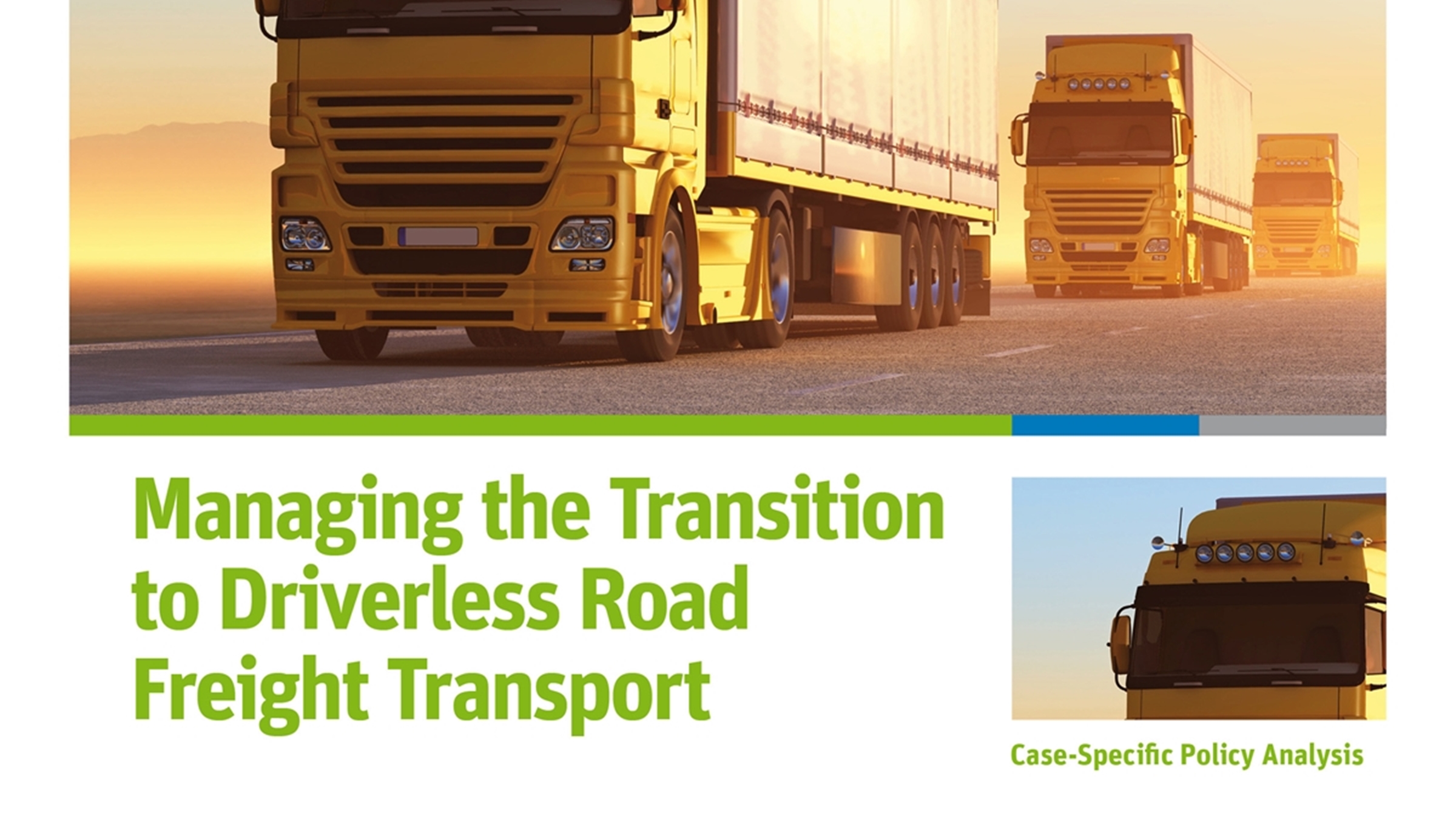 Governments must consider ways to manage the transition to driverless trucks in order to avoid potential social disruption from job losses, says a new report published by the International Transport Forum (ITF) with three partner organisations.

Self-driving trucks will help save costs, lower emissions and make roads safer. They could also address the shortage of professional drivers faced by road transport industry, the study says.

But automated trucks could reduce the demand for drivers by 50-70% in the US and Europe by 2030, with up to 4.4 million of the projected 6.4 million professional trucking jobs becoming redundant, according to one scenario.

Even if the rise of driverless trucks dissuades newcomers from trucking, over 2 million drivers in the US and Europe could be directly displaced, according to scenarios examined for the report.

These recommendations were agreed jointly by organisations representing truck manufacturers, truck operators and transport workers’ unions, under the auspices of an intergovernmental organisation. This broad coalition of stakeholders lends the call to action particular weight.

“Driverless trucks could be a regular presence on many roads within the next ten years. Self‑driving trucks already operate in controlled environments like ports or mines. Trials on public roads are under way in many regions including the United States and the European Union. Manufacturers are investing heavily into automation, and many governments are actively reviewing their regulations. Preparing now for potential negative social impact of job losses will mitigate the risks in case a rapid transition occurs.”

The ITF is an intergovernmental organisation with 57 member countries. The only global body for all modes, it acts as policy think tank and organises the annual summit of transport ministers.

“Harmonisation of rules across countries is critical for maximising the gains from driverless truck technology. Automated trucks are clearly not a national issue, as they should be able to move smoothly across borders. We need international standards, legislation and processes to obtain exemptions from road rules that are appropriate for self-driving trucks. Otherwise we risk having a patchwork of rules and regulations, which could hinder manufacturers and road users from investing in automated vehicles.”

ACEA is the advocate for the automobile industry in Europe, representing the 15 major manufacturers of cars, trucks, vans and buses with production sites in the European Union.

“Autonomous trucks will bring many benefits to society, from cost savings and lower emissions to safer roads. Autonomous vehicles will also help the haulage sector deal with the current shortage of drivers in many parts of the world. However we have to remember the dedicated drivers of today will need to be retrained tomorrow, and we must keep attracting professionals into road transport. We all need to work together for a smooth transition to driverless technology.”

IRU is the global industry association for road transport, representing truck, bus, coach and taxi operators, with members and activities in more than 100 countries.

“Automation in trucking demands a managed and just transition. We strongly welcome the report’s recommendation that trade unions must be part of any such process. We must avoid excessive hardship for truck drivers and ensure the gains from the technology are fairly shared across society. Self-driving trucks threaten to disrupt the careers and lives of millions of professional truck drivers. This report is a timely investigation into how that transition could happen. Its recommendations will help governments to ensure a just transition for affected drivers.”

The International Transport Workers’ Federation is a global association of around 700 unions representing over 4.5 million transport workers from some 150 countries.