Car sales: return to growth expected in 2022, but concerns on charging infrastructure persist 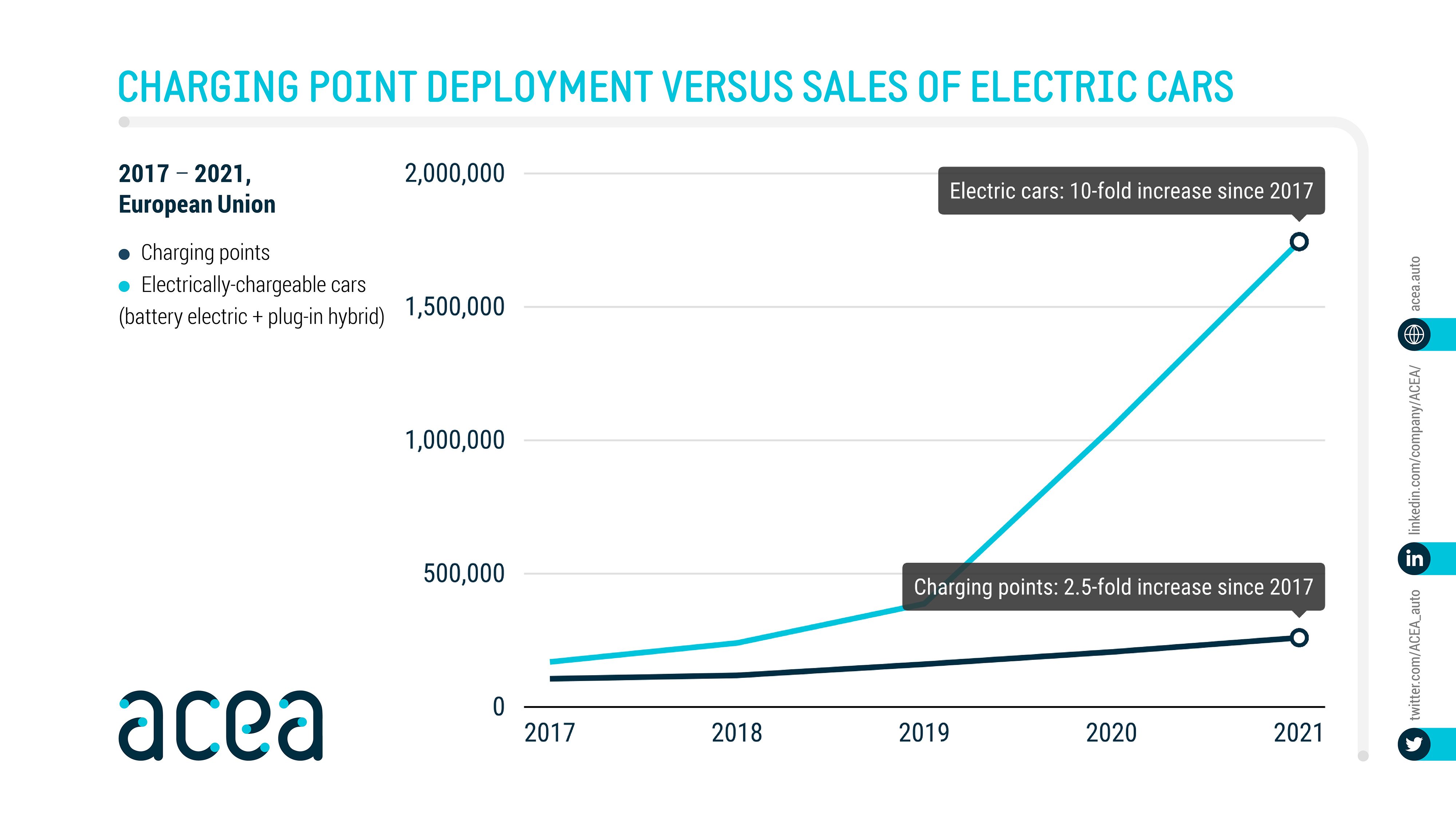 Brussels, 8 February 2022 – Despite a record-low base of comparison due to the COVID pandemic, sales of new cars continued to decline in the EU last year because of the microchip shortage. With chip supplies expected to stabilise in 2022, the European Automobile Manufacturers’ Association (ACEA) now forecasts that passenger car registrations in the EU will return to growth this year, rising by 7.9% to reach 10.5 million units.

However, this would still be almost 20% below the pre-crisis sales levels of 2019. In light of the European Chips Act to be published today, ACEA is therefore urging the EU to reduce its reliance on overseas suppliers to avoid such damage to strategic European industries in the future.

“The strong performance of electrically-chargeable cars is very welcome news,” stated ACEA President and CEO of BMW Group, Oliver Zipse. “However, we cannot forget that this is still quite a fragile market, which is highly reliant on support measures such as purchase incentives and, above all, the widespread availability of charging infrastructure.”

Currently, the pace of infrastructure roll-out is lagging way behind consumer demand for electrically-chargeable cars. In fact, over the past five years, sales of electric cars have been growing four times faster than the build-up of charging points.

“Electric car sales increased more than 10-fold between 2017 and 2021, whereas the number of public chargers in the EU grew by less than 2.5 times over the same period,” said Zipse. “If this situation is not urgently addressed by introducing ambitious targets for all EU member states, we will hit a roadblock very soon.”

Mr Zipse is sounding this alarm as the European Parliament and national governments are in discussions on the proposed Alternative Fuels Infrastructure Regulation (AFIR). ACEA is urging the Parliament and Council to significantly strengthen the European Commission’s original AFIR proposal, in order to ensure that Europe builds a sufficiently dense network of charging and refuelling infrastructure.

Electric car sales increased more than 10-fold between 2017 and 2021, whereas the number of public chargers in the EU grew by less than 2.5 times over the same period.

With chip supplies expected to stabilise in 2022, ACEA now forecasts that car registrations in the EU will return to growth this year, rising by 7.9% to reach 10.5 million units. However, this would still be almost 20% below 2019 pre-crisis sales levels.