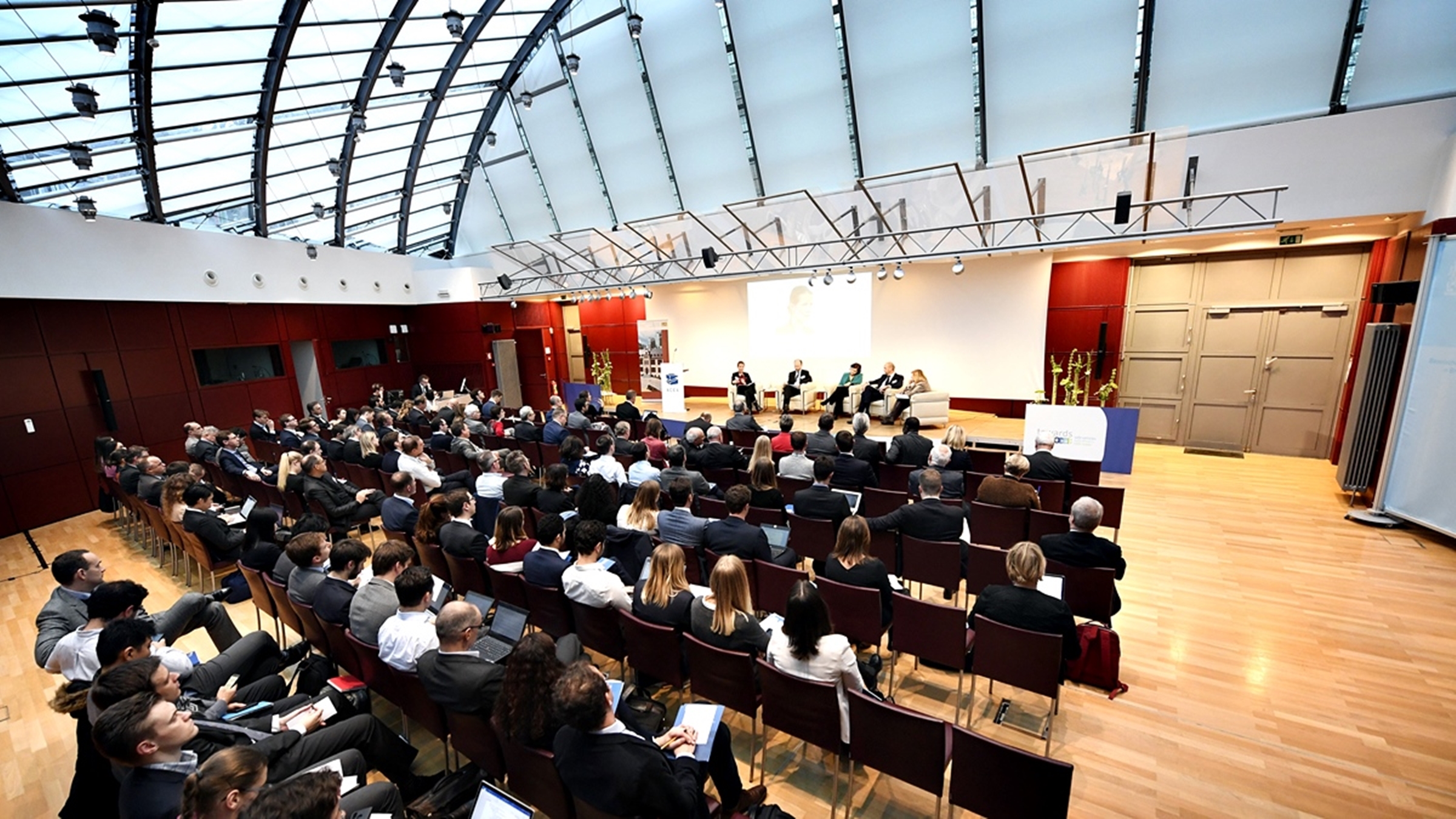 On Monday 26 November, the European Automobile Manufacturers’ Association (ACEA) welcomed some 150 guests to its ‘Towards zero: Safe vehicles, safe drivers, safe roads’ event, which was kindly hosted by the Representation of the Free State of Bavaria to the EU.

The aim of the event was to foster dialogue between all key stakeholders that need to work together in order to continue improving safety on Europe’s roads – both today and in the future, when automation will play a stronger role. To that end, ACEA brought together policy makers from the European institutions, vice-presidents in charge of safety from major EU automobile manufacturers, and representatives of other important organisations that play a crucial role.

In his opening remarks, ACEA Secretary General Erik Jonnaert underlined that safety remains one of the auto industry’s key priorities: “Today’s conference forms part of our on-going commitment to work with all relevant stakeholders to improve road safety.” Jonnaert highlighted that EU road fatalities have been reduced by more than half since 2001, but stressed that “there is no room for complacency. Everyone agrees that road casualties and injuries must be further reduced.”

Violeta Bulc, the European Commissioner for Transport, followed with a keynote speech. Bulc talked about ‘vision zero’, the Commission’s objective to have zero fatalities on European roads by 2050. While praising progress made so far, the Commissioner cautioned that “the most vulnerable victims are still pedestrians, cyclists and motorcyclists – and especially pedestrians above 65”. Bulc also made the case for the Commission’s revision of the General Safety Regulation (GSR) that specifies which safety systems new cars should come equipped with.

Subsequently, a group of experts took the stage for a panel discussion entitled ‘What is the best mix of measures for improving road safety today?’ In the context of the GSR revision, representatives of Volvo Cars, FIA Region I, the European Commission and ACEM sought to identify the vehicle safety technologies with the strongest positive outcomes.

After this first panel debate, guests had the opportunity to experience road safety innovation and challenges first-hand. Virtual reality systems allowed them to explore the latest active safety technologies for cars, as well as the interaction between cars and bicycles on busy roads.

The second discussion of the day focussed on the question ‘What does the future hold in an automated world?’. Five panellists, representing BMW Group, the European Commission, EuroNCAP, CLEPA and iRAP, debated the challenges and opportunities of a future in which highly-automated cars take over control from drivers.

ACEA’s Erik Jonnaert wrapped up the event with some key takeaways after an afternoon of fruitful discussions. “While we believe in the huge potential of vehicle safety technology, by itself it will never suffice. We are therefore calling on policy makers to adopt a truly integrated approach to road safety.”

Jonnaert concluded by arguing that such an approach requires new vehicle technology to be combined with better road infrastructure and safer driver behaviour. “This is the only way to achieve the objective of reducing fatalities and serious injuries to zero in the future.”