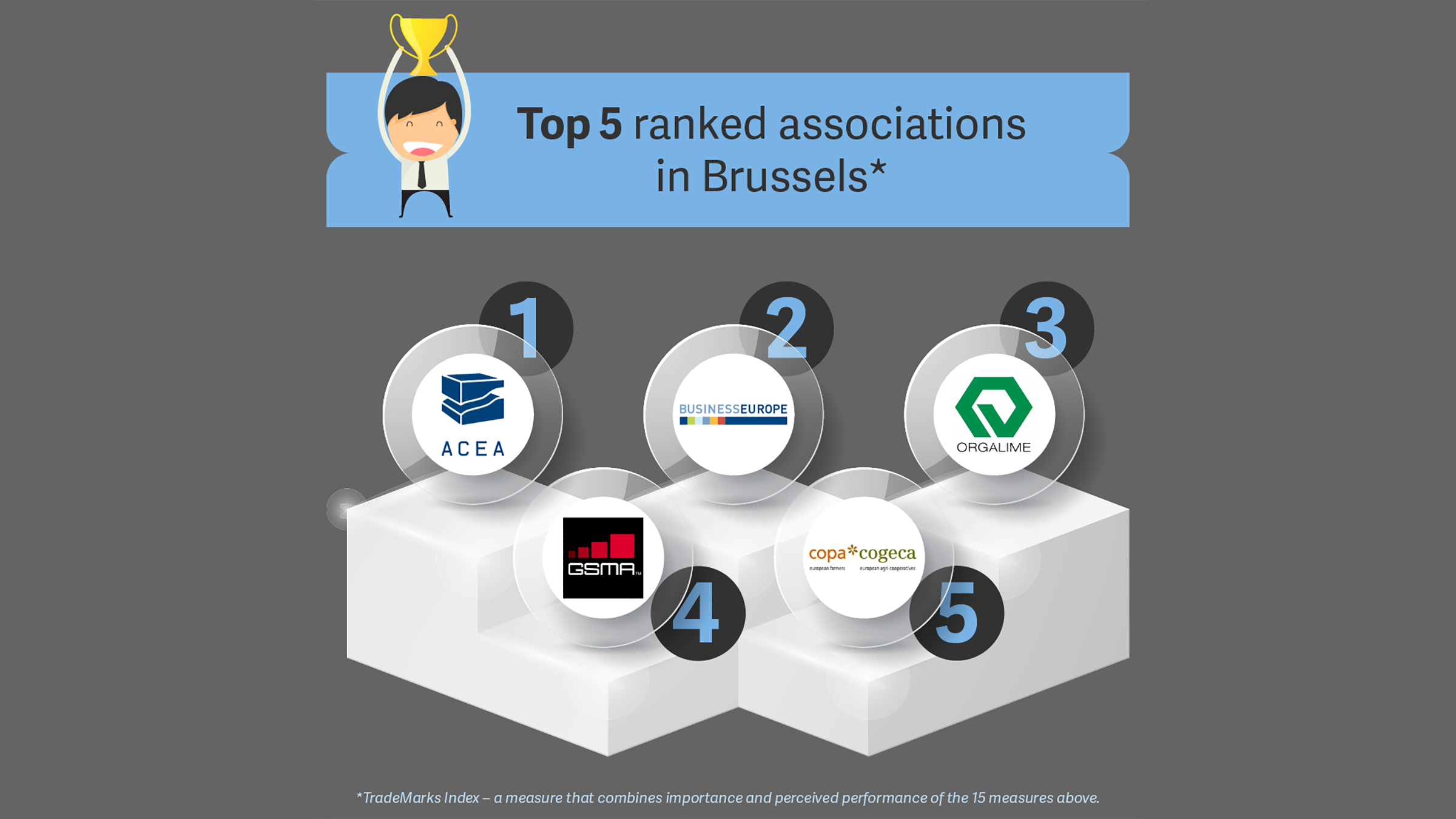 The European Automobile Manufacturers’ Association (ACEA) has been ranked first in a list of the most effective trade associations in Brussels.

The ‘TradeMarks’ ranking, which is calculated on the basis of a survey of policy makers conducted jointly by consultancy APCO Worldwide and influential media outlet Euractiv, concluded that ACEA  was perceived as the most effective European trade association in Brussels.

Speaking after the announcement of the ranking, ACEA Secretary General Erik Jonnaert said, “We are proud that our work of articulating the importance of the European automobile industry to Europe’s economy and society have been recognised. ACEA will continue to argue the case for the industry, but this ranking also clearly shows the importance of working together with other stakeholders in order to achieve wider aims.”

Mr Jonnaert concluded, “We look forward to ensuring that we continue to be as effective and productive in future years.”