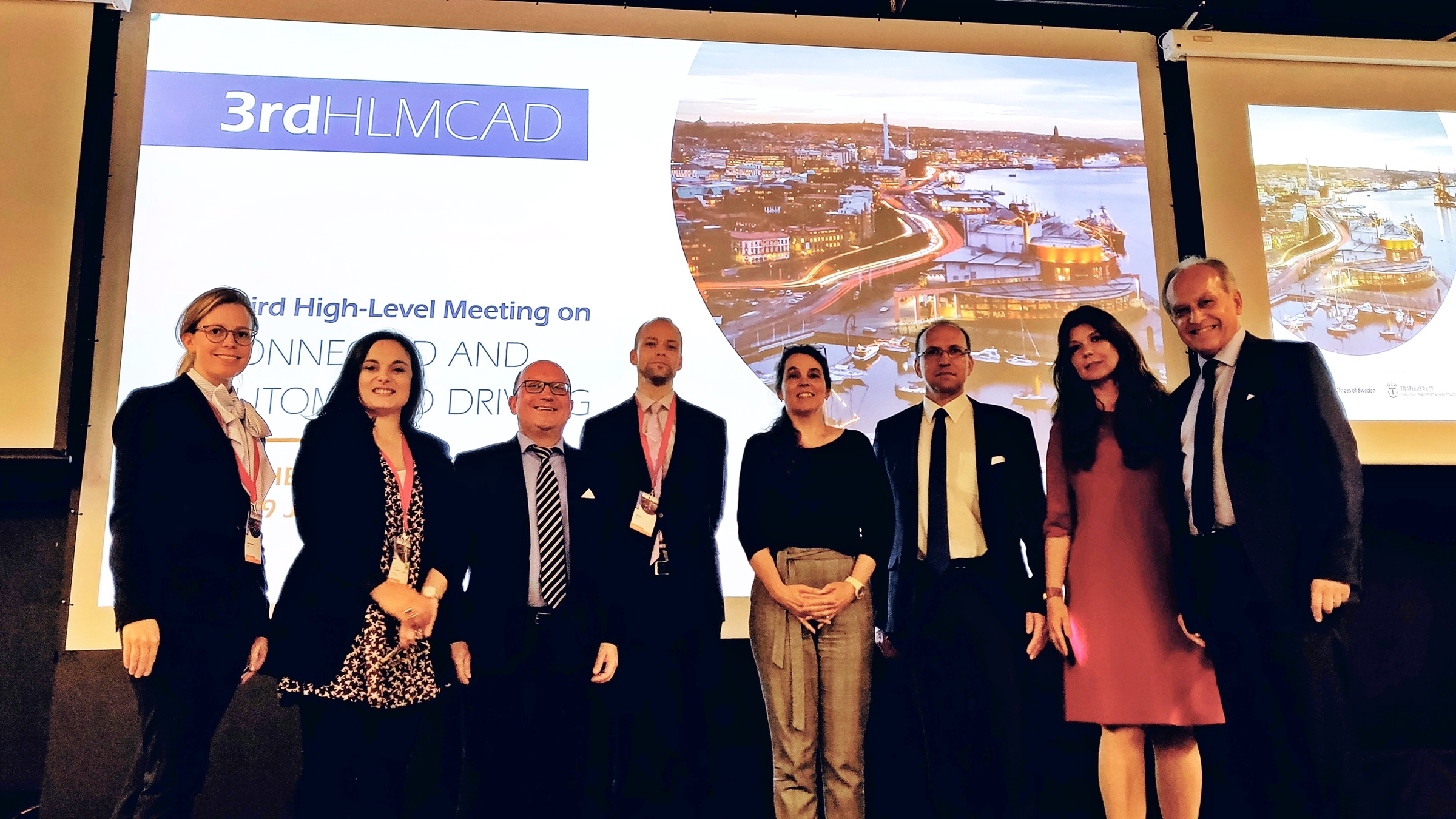 Gothenburg, 19 June 2018 – The European Automotive and Telecom Alliance (EATA) supports the push by EU member states to address challenges to getting connected and automated vehicles on Europe’s roads in a far-reaching, coordinated manner.

Ministers from the 28 EU member states agreed today on a range of important actions to facilitate a timely deployment of connected and automated vehicles, during the third high-level meeting on Connected and Automated Driving (CAD). EATA took part in the discussions and provided ministers with an industry perspective.

At the meeting, EATA underlined the need for coherent policy making in this domain, with coordination among the European Union, its member states and the United Nations Economic Commission for Europe (UNECE). EATA members presented their position on several regulatory initiatives to the national transport ministers, the European Commission and all other stakeholders. In reacting to the proposed EU Cybersecurity Act, EATA stressed the importance of properly involving industry players in the elaboration of future certification schemes and insisted on the need for schemes to remain voluntary in nature. Regarding the draft of specific data protection rules for communications services, the Alliance confirmed its commitment to continue protecting privacy as a core value. In this context, EATA called on participants to ensure fair and harmonised rules for all citizens and businesses, in line with applicable general data protection rules (GDPR).

EATA also stressed the increasing political attention for creating cross-border testing sites for CAD across Europe. EATA welcomed this focus on deployment and urged adequate coordination of testing activities as well as funding opportunities at both the EU and national level. Members of the Alliance fully supported the Commission’s proposal to launch a single EU-wide platform to this end later in 2018, grouping all relevant public and private stakeholders.

EATA also called for high-level meetings to involve a wider range of government representatives, such as ministers for digitisation and telecommunications, to facilitate necessary coordination. In EATA’s view, this is essential to swiftly and effectively overcome obstacles to the achievement of connected and automated driving across the EU.

In this spirit, Erik Jonnaert, Chairman of the Steering Committee of EATA, said: “The European automotive and telecom sectors are looking forward to continuing their constructive dialogue with all relevant national and EU authorities, as well as associated agencies, in order to make the rapid deployment of connected and automated driving in Europe a reality”.