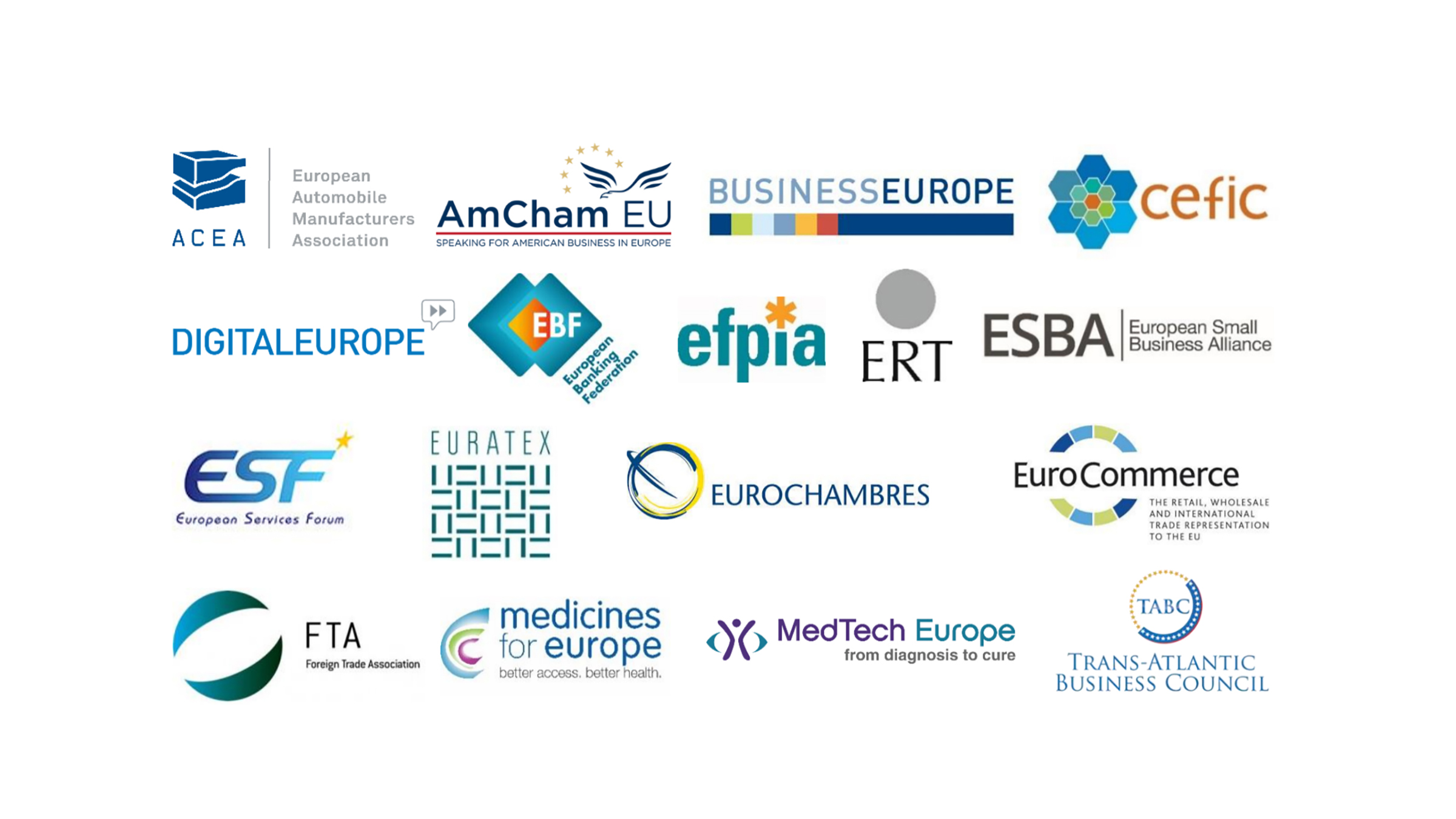 Brussels, 5 September 2016 – The undersigned trade associations reiterate their strong support for the ongoing negotiations for a Transatlantic Trade and Investment Partnership (TTIP).

Both the European Commission and the US Trade Representative have underlined that the TTIP negotiations remain on track and that intensive efforts are ongoing to conclude an ambitious agreement. Business groups on both sides of the Atlantic remain ready and willing to engage with all stakeholders to support these efforts.

It has been clear since the beginning of the negotiations that an ambitious and comprehensive agreement between the world’s two largest economies will not be easy to achieve. Strong political commitment from the EU and US governments is necessary to deliver an agreement that boosts growth, competitiveness and jobs on both sides of the Atlantic. Continued and vocal support by EU and US political leaders is critical.

A robust TTIP agreement could catalyse investment as well as trade in goods and services between the EU and US markets. Businesses of all sizes, above all small companies, as well as workers, consumers, and citizens in both the EU and the US could benefit. TTIP also provides a timely opportunity for the EU and US to set the rules for trade and investment that could serve as a benchmark for the world. This once-in-a-generation opportunity must not be missed.