Announcement of a new manifesto for a competitive European automobile industry 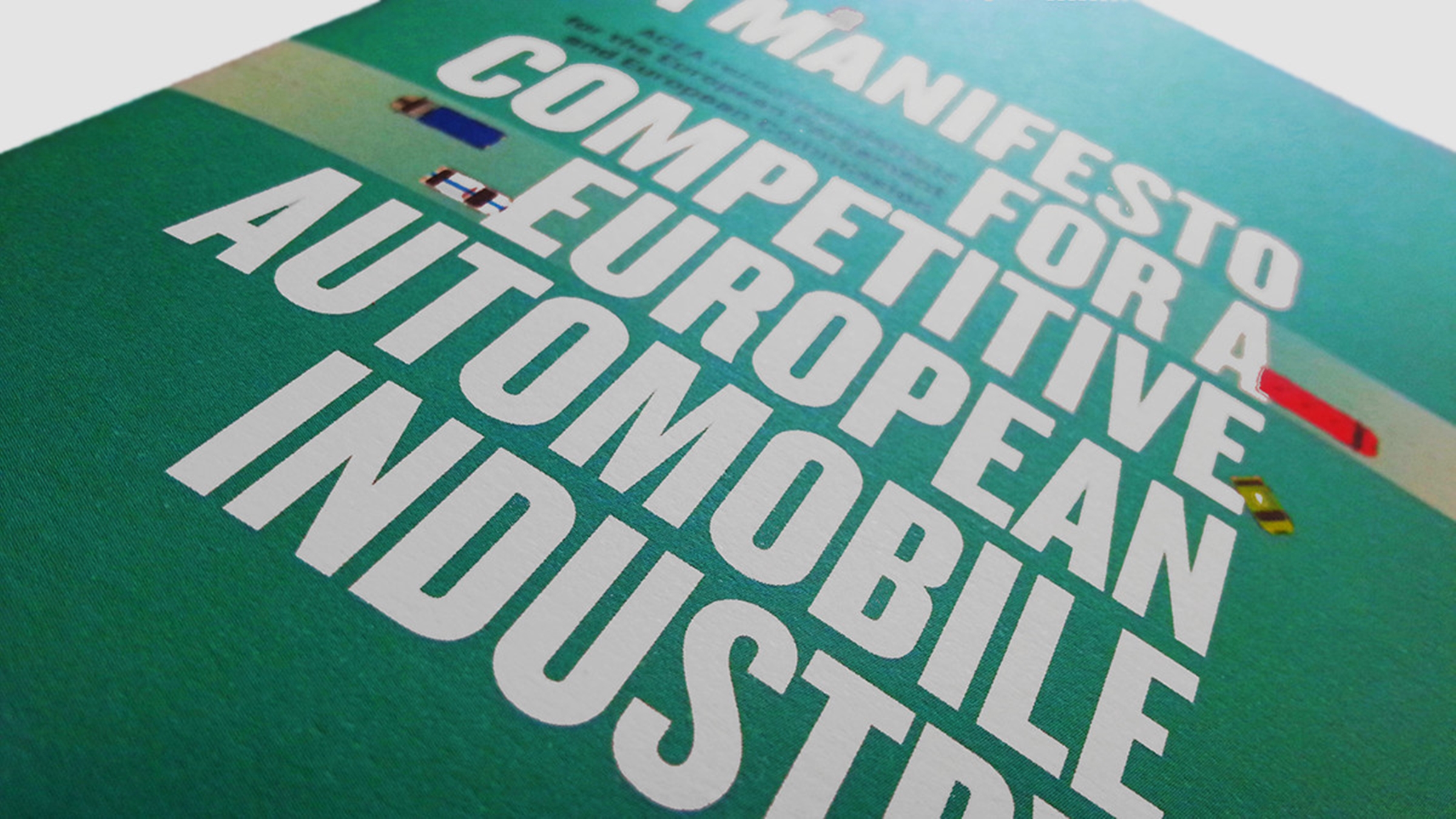 The purpose of this policy manifesto (published in June 2014) is to highlight to Europe’s new leaders and key policy makers the importance and needs of an industry whose turnover amounts to almost 6.3% of the EU’s GDP.

Employing 12.1 million people and responsible for nearly a quarter of all automotive production in the world, Europe’s automotive industry is part of this continent’s heritage and its industrial future.

Last year, around 14.4 million new cars, vans, trucks and buses were registered in the EU. That may be down by 20% since the pre-crisis peak in 2007, but things are slowly improving. With the European economy slowly recovering, the European Automobile Manufacturers’ Association (ACEA) expect that sales in Europe could begin to rise slightly in the next few years. It is hoped that this growth can be sustained alongside the resurgence of Europe’s economy. Indeed, the link between economic growth and the strength of the automobile industry is inextricable.

It is for this reason that we, as one of the cornerstones of Europe’s economy, call on policy makers to commit to making the reforms necessary to sustain and improve the conditions in which business and industry operate. Growth creates jobs and demand, building a virtuous cycle leading to more jobs and greater prosperity.

ACEA calls for focus on three pillars, to keep the European automobile industry globally competitive. These pillars are: