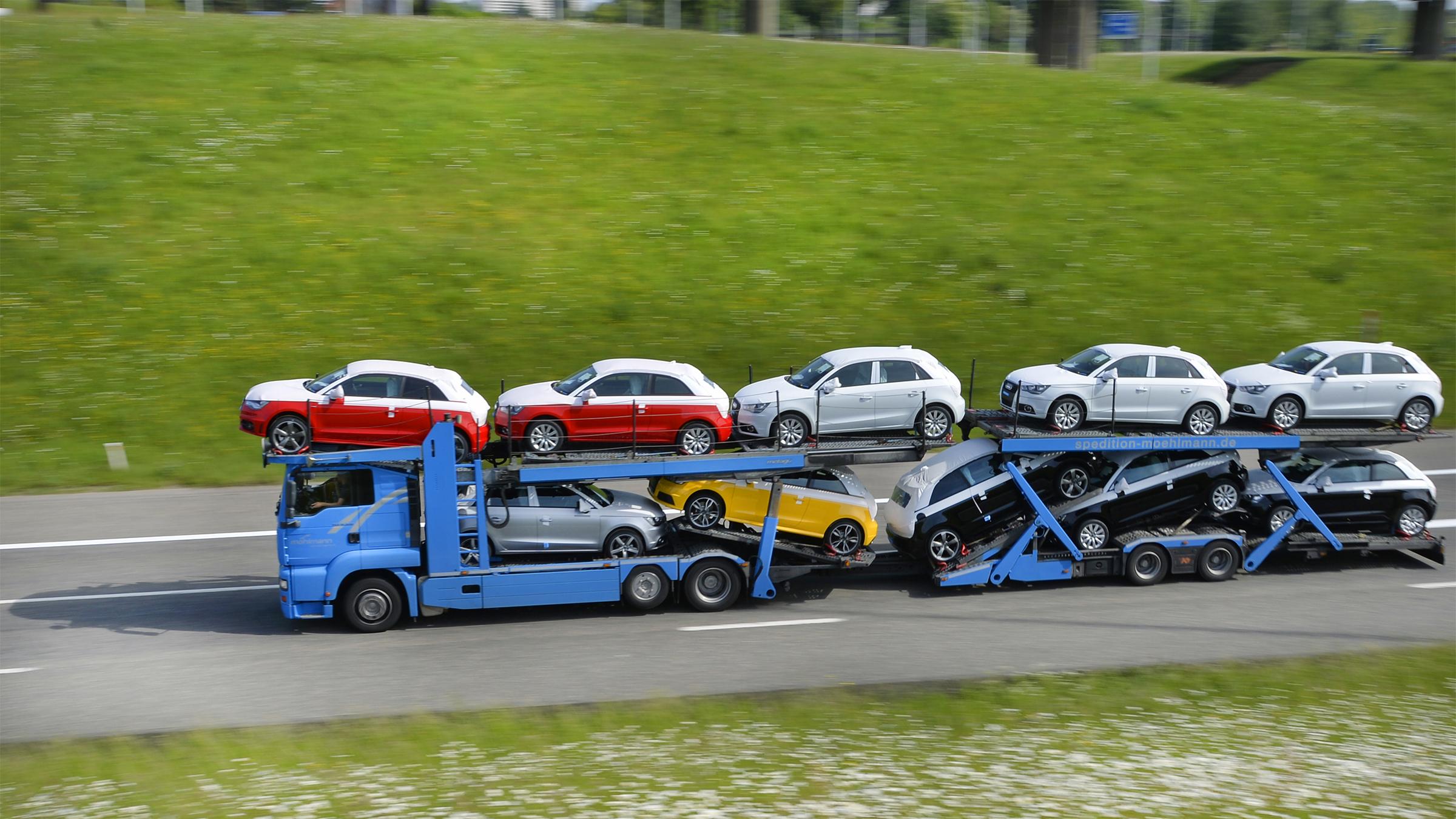 Variable vehicle combinations could improve the efficiency of goods transportation.

The European Modular System (EMS) is a solution that allows combinations of existing loading units – also called modules – into longer and sometimes heavier vehicle combinations to be used on some parts of the road network. EMS improves road freight transport efficiency and reduces its environmental impact. In practice, it allows national authorities to authorise trucks longer than the ‘normal’ maximum for a heavy truck of 16 meters in length and a weight of 40 tonnes.

The use of the modular concept in the EU results in increased efficiency of transport in general and road transport in particular. Indeed, based on standard modules, it provides the flexibility to adapt the vehicles to different situations. It also offers the possibility of using long combinations when possible, and shorter combinations when necessary. As it is based on existing equipment (vehicles and load units), it is easy to implement and very easy to rearrange to shorter combinations and to adapt to local conditions.

This approach to road transport was developed when Sweden and Finland joined the EU in the 1980s. For environmental and competitiveness reasons, it was difficult for both Sweden and Finland to apply the EU rules on weights and dimensions, as both countries had long permitted longer and heavier vehicles on their roads. In order to find a solution that would enable foreign transporters to compete on equal terms in Sweden and Finland, a compromise was reached to allow increased vehicle length and weight all over the EU on the condition that the existing standardised EU modules were used.

The EMS, also referred to as a ‘modular concept’, is defined in Directive 96/53 EC, Article 4, § 4 (b) as follows: “the Member State which permits transport operations to be carried out in its territory by vehicles or vehicle combinations with dimensions deviating from those laid down in Annex I also permits motor vehicles, trailers and semi trailers which comply with the dimensions laid down in Annex I to be used in such combinations as to achieve at least the loading length authorized in that Member State, so that every operator may benefit from equal condition of competition (modular concept).”

The EMS concept was neither ‘invented’ nor first introduced by Directive 96/53, and each member state remains free to allow different combinations of the existing standardised EU modules, if at all.

Finally, the use of EMS will have a positive effect on overall freight transport, with more efficient trucks encouraging competition within the road transport sector, and spurring innovation in related modes, such as rail, benefitting consumers.